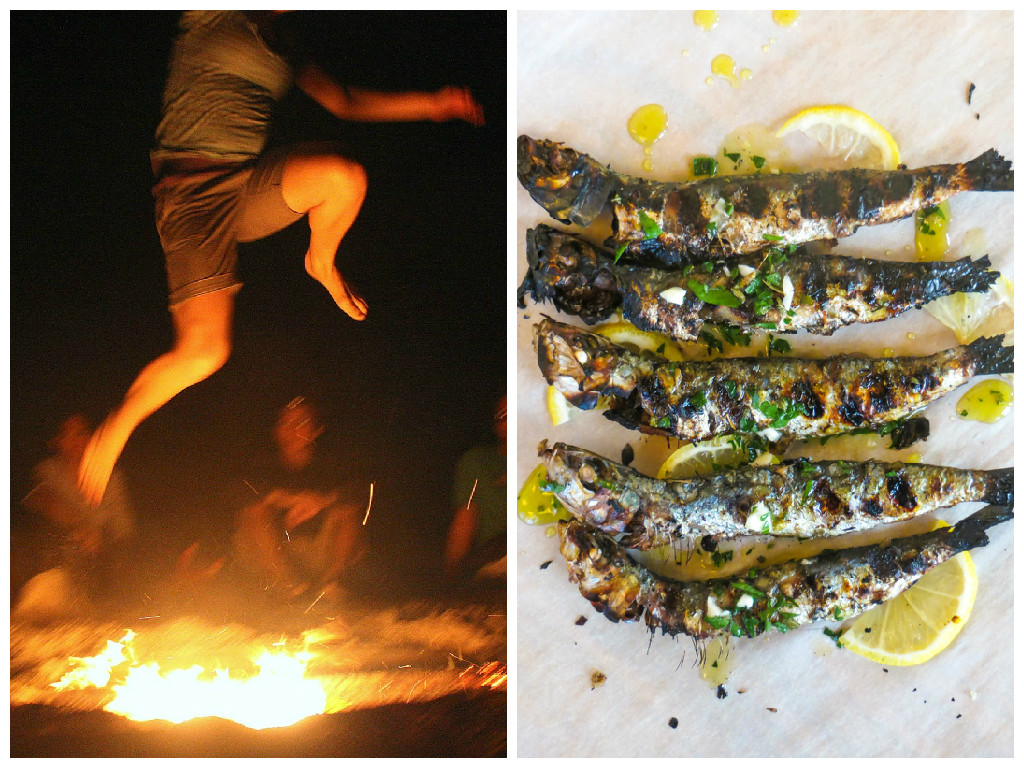 Throughout the country, bonfires will be lit and fireworks released on June 23rd in what always proves to be one of the most vibrant holidays. This party which sees the streets fill with fire and color marks the midsummer and also honours Saint John the Baptist (San Juan). Most towns and cities have their own traditions but you are certainly guaranteed to see the streets, beaches and green spaces filled with light, people and the bang of fireworks. Also look out for those who leap over the flames in what is said to be a cleansing ritual.

The jumping over bonfires is a deeply traditional act and is said to not only purify but also bring good luck. This is a good representation of the mystic nature of San Juan.

Here in Barcelona most people head for the beaches which line one side of the city. There you can see the lights of the fireworks and bonfires reflect over the mediterranean sea.  Those who wish to party into the night can then watch the sun rise over the very same water!

San Juan isn't only about the bonfires, it's also about what's put on top of them. As we previously mentioned, each geographical area has its own traditions around this festival. This extends as far as the food that is typically eaten on this day. This is no more evident than it is in A Coruña, Galicia, in northern Spain, where the people in their thousands, prepare sardines to be cooked over the flames. Once they have stopped jumping over the flames, people get to work on preparing the feast. The streets are then filled with the smoky aroma of this barbecued fish. Cooked over fire, it releases oils with flavors of the sea which is perfect for mopping up with fresh white bread. Delicious!

Closer to home in Catalonia and in Valencia, the gastronomic tradition of this day is slightly sweeter. All bakeries are packed with customers trying to find the perfect, Coca de Sant Joan, a sweet bread caked topped with sugar, preserved fruits and pine nuts.

Whereever you choose to celebrate San Juan all five senses are sure to be in for a treat!