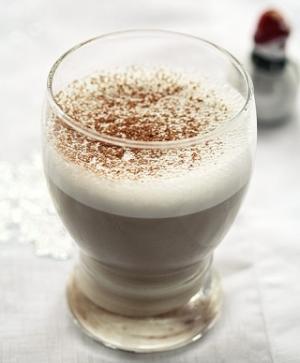 Would you order a chilled glass of “Panther Milk”? What about “Pink Panther Milk”? Maybe not, but you would be missing a classic tavern drink with lots of history and plenty of bite. “Leche de Pantera” (Panther Milk) was first created in the 1920s by the Spanish Foreign Legion—a branch of the national military stationed in northern Africa to protect Spanish holdings. Some say that the drink was invented by famous Madrid bartender Perico Chicote as a cheap, easy-to-mix drink to nourish and relax the soldiers, while others say that is was invented in the infirmaries of the Legion itself (soldiers confined to infirmary beds would mix medical alcohol with condensed milk to catch a buzz and pass the time). Either way, Leche de Pantera is a well-known drink all throughout Spain. Most commonly made of gin, water, and condensed milk, modern Leche de Pantera is served in a small glass, ice cold, with a dusting of cinnamon (instead of the original, explosive garnish: gunpowder!). Leche de Pantera can still be found in both old and new bars throughout Barcelona, so when you see the Panther’s milk for sale, don’t let the opportunity pass you by!